Ariana Hamilton is a personal injury and immigration attorney at Guerrero Law. She has been with the firm since 2016.

She knew she wanted to be an attorney from the time she was 10 years old (and realized that she was a little too clumsy to be a ballerina). She knew that the best way she could help people was by having the knowledge and skills to do so.

She has a unique perspective because she grew up in this law firm, literally.  From daycare to her first job, this firm saw it all. Ariana started from the bottom, washing the outside windows and then slowly worked her way up. By high school, she had worked on several cases (with supervision) and observed in court. After graduating from Bishop Dunne High School located in Oak Cliff, she just wasn’t ready to leave her hometown.

She spent the following four years studying at Southern Methodist University in Dallas, Texas and continued to work as a legal assistant for the Guerrero Law Offices. After her freshman year, she received a scholarship to study abroad. She lived with a family in Xalapa, Veracruz for three months and studied Spanish (which she began learning as a baby) at the local university. During this time, she fell in love with Latin America and its culture.

In 2013, Ariana graduated from SMU with a double major in Human Rights and English, as well as minors in Spanish and Psychology. Immediately after graduation, she made the four-hour move south to attend the University of Houston Law Center. She jumped on the opportunity to return to Mexico for a summer and work at the ministry of foreign affairs in Mexico City (la Secretaria de Relaciones Exteriores) to prevent international child abductions. After returning to the US, Ariana spent a semester working as a student attorney in the immigration clinic where she represented clients in front of immigration judges and submitted briefs to the court. She continued to expand her immigration knowledge while working with a well-respected immigration firm in Houston. Under the guidance of her supervisors, Ariana drafted and edited briefs for cases before the Board of Immigration Appeals and the 5th Circuit.

In May of 2016, Ariana graduated from the University of Houston Law Center. After passing the bar exam on her first attempt that same year, she knew it was time to come home to Dallas and to Guerrero Law.

In her free time, she enjoys going on adventures with her husband Chris, son Enzo, and daughter Sefora, and playing fetch with her (full grown) kitten. 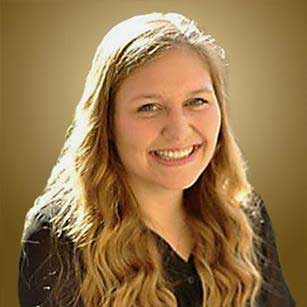